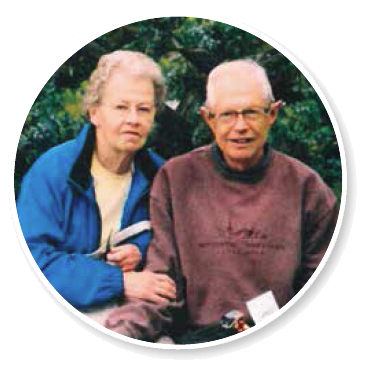 Melvin Thomas was a doer, a planner, worker, churchman, caregiver, teacher and master chef. Melvin, better known as Mel, was a loyal man; loyal to his church, his friends, to his students and especially to his dear wife Frances during their life together. When Mel committed to a task he accepted it whole heartedly whether it was making pies for the church bazaar, welcoming folks at church, gardening or cooking meals for Frances who was a brittle diabetic. The result would always show his careful touch.

Mel’s’ wife Frances passed away in August, 2012. Mel passed away in September 2013. Both Mel and Frances received family support from Frances’ brother Gordon Tolman and his wife Linda.

Mel served on the D.E.W. Line as a chef in the camps during the 1950’s before taking up permanent residence later on in the Comox Valley. It was here, at G.P. Vanier High School where he settled into what truly motivated him; a passion for cooking and teaching others. Although Mel and Frances had no children, as a teacher at Vanier, Mel invested in his students as if they were his own, with conviction and dedication.

His service to others carried into all aspects of his life. “He served his church in many ways, always with the same quiet humility”. shared Maggie Enwright – Reverend Comox United Church. Cal Nixon struck up a kinship with Mel in the church sound booth. “He was so quiet yet obviously centered with the church,” commented Cal. “He only revealed a small part of himself until we found a common ground.”

That common ground was investments. Cal had a career in the financial industry, which later proved resourceful for Mel. Over the years, Mel had developed a sizeable portfolio through investments. As his friendship with Cal grew so did his trust in him. He asked Cal to be executor for his and Frances’ wills. As in life, the quiet generosity so characteristic of Mel continued to shine in his passing. Mel and Frances bequeathed all their wealth to the areas in life that mattered dearly: the church and health care. Mel and Frances were so dedicated to community and doing good for others that, in passing they have left a legacy through a donation to the St. Joseph’s Hospital Foundation.

You too may consider including charitable giving as part of your will. Charity representatives and professional advisors are there to help you. The Thomas’s thoughtful and generous legacy gift will ensure the best of care is available for all our friends, neighbours and loved ones today and well into the future.