Skip to content
Home/News/Thrifty’s ‘Pumpkins for Patients’ raises $1,613 for St. Joe’s
Previous Next 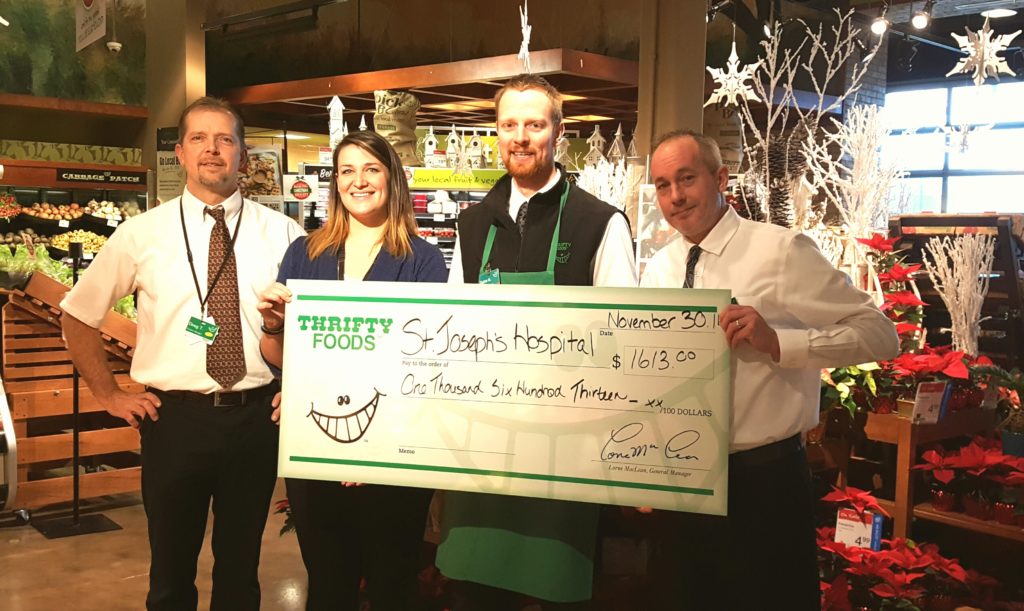 Produce staff and manager Jeff Ackinclose (right) from the Crown Isle Thrifty Foods presented a cheque for $1,613 to Katie of the Comox Valley Healthcare Foundation on Nov. 30. $1 from each pumpkin sold in October at both Courtenay Thrifty Foods locations went towards the purchase of new medical equipment for St. Joseph’s Hospital as part of the Thrifty Foods’ chain-wide ‘Pumpkins for Patients’ initiative.

Thrifty Foods’ Downtown and Crown Isle locations in Courtenay once again participated in the store-wide Pumpkins for Patients initiative this past October, where $1 from the sale of each BC Pumpkin went to the community’s local hospital foundation.

After selling a whopping 1,613 pumpkins this October, Courtenay’s Thrifty Foods stores were able to donate $1,613 to Comox Valley Healthcare Foundation to support the purchase of much-needed medical equipment at St. Joseph’s, then at the new Comox Valley Hospital when it opens next fall.

Since 2011, Thrifty Foods’ Pumpkins for Patients initiatives has raised over $17,387 to purchase medical equipment and technology for the Comox Valley.