Skip to content
Home/Event/Event: West Side Story Sing Along January 19th
Previous Next 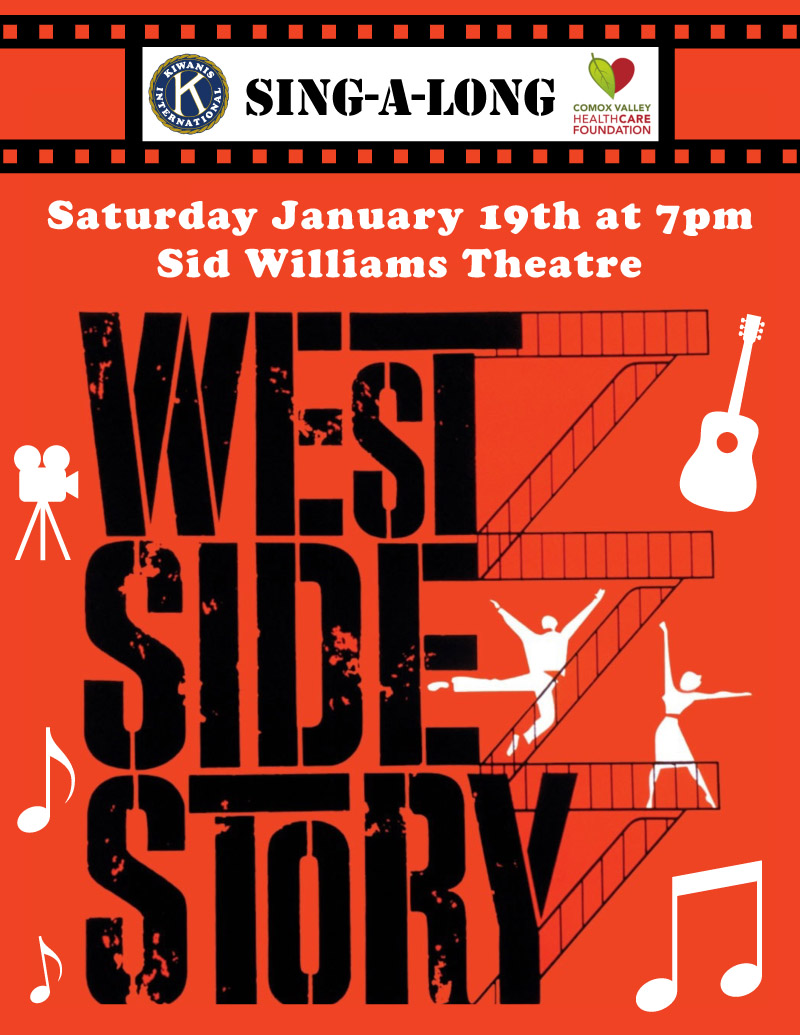 Saturday January 19th at 7pm at the Sid Williams Theatre

Come and sing along with these beautiful songs and help Kiwanis raise money for the Comox Valley Healthcare Foundation.

West Side Story is a musical film in which a modern day Romeo and Juliet are involved in New York street gangs. On the harsh streets of the Upper West Side, two gangs battle for control of the turf. The situation becomes complicated when a gang members falls in love with a rival’s sister.